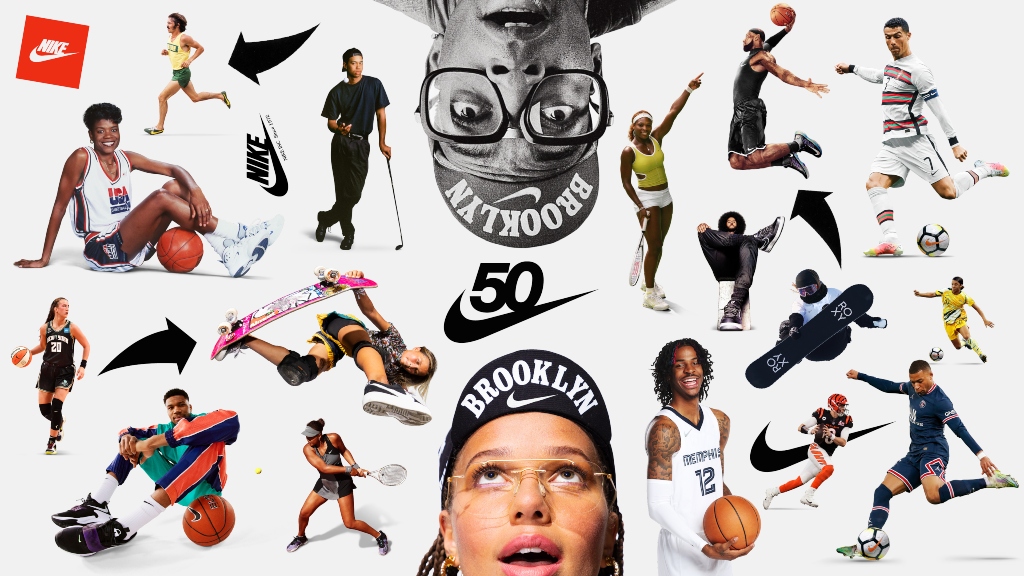 Spike Lee has “seen it all”. At least that’s what he claims in Nike’s new campaign.

To celebrate its 50th anniversary, the iconic sports brand has just released a new short film directed by and starring Spike Lee as Mars Blackmon from his 1986 film ‘She’s Gotta Have It’. The short aims to pay homage to some of the most legendary athletes and epic sporting moments in history, while celebrating the next generation. The director calls out greats (or GOATS) like Michael Jordan, Serena Williams, Tiger Woods, Kobe Bryant, Mia Hamm, and Megan Rapinoe.

Meanwhile, Indigo Hubbard-Salk, who co-stars in the short as Zimmie, says “the future is on deck”, mentioning star athletes like Naomi Osaka, Sabrina Ionescu, Chloe Kim, Ja Morant , Reilyn Turner and Joe Burrow. As Mars and Zimmie play chess in a park, they debate the sport’s past and future. At one point they proclaim, “One thing we can both agree on is, YO, it has to be the shoes!”

In a behind-the-scenes image from filming, Spike Lee can be seen posing in a pair of white, black and red Jordan 4s while Hubbard-Salk wears bright green Off-White x Nike Air Force 1s.

“For the past 50 years, Nike has been a champion for athletes and sport and will remain true to that,” reads a press release. “Nike’s 50th anniversary is all about looking to its past for inspiration, as the company develops the sport for a new generation over the next 50 years.”

Check out the full movie below.